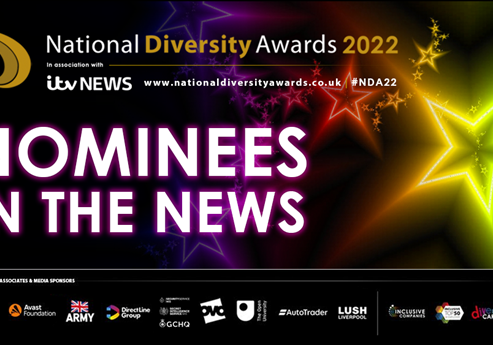 Cables & Cameras, the POC filmmaking and networking event for the south-west, has been nominated for a Community Organisation Award for Race, Religion and Faith at this year’s National Diversity Awards. Its founder, Gary Thompson, is also nominated for an Entrepreneur of Excellence Award in recognition of his work in film and music in a variety of projects across the city.

“The nomination is not just for me,” Gary told B24/7. “It’s all the team’s hard work that has made this happen – also ‘proof of concept’ and delivery of Cables & Cameras events, programme and mission statement.” He also paid tribute to “our talented guests and contributors, and incredible films we’ve been able to screen, plus a warm and generous audience who have given their continued support over the years.”

Gary founded the Cables & Cameras on a shoestring budget while studying for a BA in filmmaking at UWE back in 2017, as a practical response to the lack of screening opportunities for POC directors in Bristol. He pitched his idea to the Cube cinema, who agreed to help facilitate the inaugural event featuring 10 films by fellow students and local filmmakers.

Since then, Cables & Cameras has gone from strength to strength. In addition to regular filmmaker showcase screenings, it has collaborated with other local festivals, including Encounters and Afrika Eye and run an all-day TV and film industry event called The Conversation. Gary has also worked on two key local exhibitions: 100 years of Knowle West Style at the Knowle West Media Centre and Bristol’s Seven Decades of Music History at M Shed.