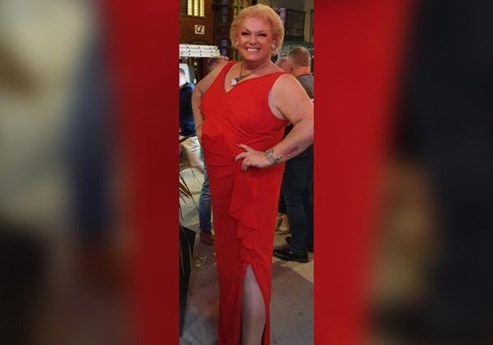 An inspirational pre-op transgender woman from Burnley, is among the nominees for the UK's largest diversity awards.

Jaide Foster-Haworth has been nominated in the positive role model for LGBTQ category in the National Diversity Awards 2022.

Held to honour Britain's most inspirational and selfless people from grassroots communities, the awards ceremony will take place at Liverpool's Anglican Cathedral in September.

The awards recognises nominees in their respective fields of diversity including age, disability, gender, race, faith, religion and sexual orientation.

Jaide who now lives in Blackpool, has been nominated for her idea to keep entertainment going during lockdown with a live show on Facebook that took off like she could never have imagined.

She explained: "It escalated from just me and my phone to a mini TV studio in my lounge.

"Each show was different, chatting to viewers, question and answer sections as well as interviews with other local entertainers and celebrity guests.

"I sang and did specials for mental health, Christmas ,Easter and trans related issues etc. After accepting my true self, this became as much a support for me as much as the people watching."

Jaide's story is both touching and inspirational as she speaks of her life growing up Burnley where she had to face homophobic and transphobic attitudes.

She said: "Growing up as a person struggling with their sexuality and gender was so hard. I followed the line that was expected. I married and became a father but knew it wasn't right.

Jaide then began performing as drag queen Zanadu Minnelli, around the North West which she came to realise was a release for her to be her true self.

Jaide added: "Having had mental health issues for many years, during counselling I accepted what the issue was.

"I am a woman not a gay man. So I came out and finally accepted my true gender."

Jaide has since won a Blackpool pride community award.

She said: " I have lost count of how many people have thanked me for the shows and how much they felt accepted and supported.”