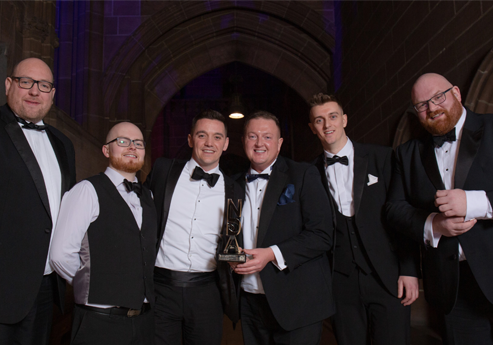 Winner of the Community Organisation Award for LGBT

Typhoons RUFC is Lancashire’s first inclusive rugby club. Formed only 3 years ago, the club was established to encourage LGBTQ+ people to try sport and to support their physical and mental health. In the time since the club launched, they have attracted over 80 members, representing all strands of diversity, who attend each week and participate in rugby union and touch rugby. Many of their members have never previously engaged in sport, or even considered team sports. You would be forgiven for mistaking Typhoons as just a rugby club. The impact this team has had on people’s lives have been profound. As a direct result of the clubs’ efforts, individuals who faced homelessness are now safely housed, people have been assisted to apply for jobs and have been supported within their careers. The club uses rugby as a vehicle to build people’s social capital and resilience allowing them to grow and thrive.